Assuming they even allow federation, should they be blocked?

On the one hand, it'll be filled with racists and idiots and basically nobody I'd ever wanna follow.

But on the other, how can we rescue those falling into the Trump rabbit hole if they can't follow us and hear us?

I think that depends on how well they moderate people on their servers really.

I'm inclined to only block them if their users become a nuisance, if only coz that's the no-effort minimal-action slackful lazy solution.

Doubt anyone there will follow anyone here or vice versa really so I suspect it'll never actually federate with this instance to give me anything to block.

@pre I wouldn’t interact with them, and if they were publishing a newspaper I wouldn’t read it. So walling them off is fine with me.

@jimgon But if YOU were publishing a newspaper would you ban them from reading it?

@pre If I were running a newspaper I wouldn’t print their letters to the editor. I really wouldn’t want them in my mentions.

@jimgon Yeah, I can see that.

Certainly anyone bullying in my mentions wants a block, and if the instance won't moderate we should block them.

I just keep thinking about this scene from Tom Baker's Doctor Who where everyone's afraid that the monster is trying to kill everyone and The Doctor is all like, "Don't be so presumptuous! We shouldn't assume it's malicious!"

"We should embrace it with hope and kindness, and then be disappointed when it inevitably turns out that it's evil and it wants to kill us."

I can't remeber that well enough to look it up. Shame. Great scene.

@jimgon The Doctor was right, of course.

It did want to kill them.

They should have embraced it with kindness and then been disappointed. 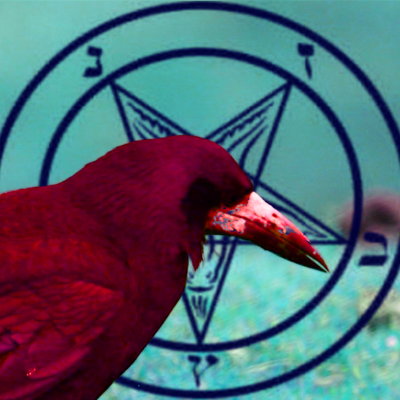 @pre With the left on here effectively having defined itself by its hatred of the right, I don't think there's much hope of rescue. "Truth" wouldn't sound ironic to its members, and their idea of rescue would go the other way for them.

In the end, I think whatever perceived benefits of not blocking them would be sabotaged by even a minority of racists, etc., ultimately necessitating an instance block.

(Cf. switter. I had to block that immediately for followspam.)

@rook Yeah. Probably true. I worry about echo chambers and the division of the discourse into none-interacting camps though.

Think a couple of switter folks followed me but I just ignored 'em. Not sure why I should care about follow-spam.

@pre I think we already have the echo chamber isolationism thing going on to a large extent. Less lately, but for a very long time the most popular topic was ban lists and generally mob justice.

@pre I suppose I should say I approve of your attitude, I'm just very pessimistic. People don't seem to want a better world, they just want to fight.

The mention of switter was just to illustrate that even an ostensibly compatible group, if both specialized and social, has the tendency to create barriers to conciliation.

@rook Well, yeah. My actual expectation is that if any Trump Social people turn up near my instance they'll be terrible and I'll block em, and then when there's been a handful of 'em I'll block the whole instance.

In fact even more likely still they won't even try to federate. And if they did none of 'em are likely to show up here on my instance.

But you never know. Apparently they are going to delete accounts for bad behaviour. Though "bad behaviour" seems to be dissing Truth Social. They'll ban you for that.

@pre Yeah. That's about what I expect.