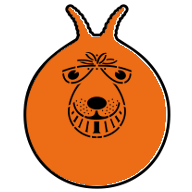 Below is a summary of rules you need to follow if you want to have an account on this server of Mastodon:

A gateway to the global fediverse for the Boing crowd and anyone who knows them.

What is the fediverse

Those companies are closed data-hoarders. Walled-gardens designed to hook you, and trap you, and profile you, and sell you to advertisers.

The fediverse isn't like that. It's open. It's distributed. It's interoperable. It isn't owned by mega-corporations nor is it in debt to venture capitalists.

Boing.world is a node in the fediverse. A bit like Twitter, only just for us, and yet federated to all the others little groups like that in the rest of the world so we can all follow and chat to each other too.

To be here you gotta know someone who's already here, or have been in the before-place.

If you don't know anyone here, there are plenty of other servers in the fediverse so you can follow our user's public posts from there.

Boing.world is a web-app. It's not in your phone's app-store, you visit it with your internet browser. But you can install it to your phone so that you get notifications and it's separated from the browser if you want that. Technically that's called a "progressive web app".

Install On Your Android Phone

Visit boing.world in your phone's internet browser, then touch the menu and press "Add To Home Screen". You'll get a chance to cancel, but if you don't take it "Boing.world" will appear in your apps menu. You can make a shortcut on the homescreen from there in the usual way.

Install on Firefox on your Android Phone

Visit boing.world with firefox. Press the menu button then "Install", then "Add". You'll get an app icon on the home pages.

Install On Your iPhone

Visit boing.world in your phone's internet browser, then click "share" and press "Add To Home Screen". You'll get a Boing.world icon on your home-screen.

Boing.world runs on Mastodon. There do exist some actual Mastodon apps if you really want them. We recommend just installing the web-app as above, but there may be some advantages in offline-reading or something to running a Mastodon app. You'll have to give it the settings for "boing.world" as the server-name, but here's a list of them.

You may find it illuminating to read the welcome message and instructions that we send to all new users.

Our Code Of Conduct is simple and readable and you should look it over and certainly agree to it. It's basically just promising not to be a dick.