#Audacity is nagging me to upgrade. Did they install all that #spyware stuff in the end? Or did someone mention a #fork ? Probably more than one I imagine. Any of them actually better and also likely to not just bit-rot?

It's particularly poignant in this week when we learn Spanish "jihaddi" attacks in 2017 were possibly performed by dupes entrapped by the secret police.

Oh my god, Chris Morris's "The Day Will Come" was an amazing #film. Hilarious and revealing and truthy.

Everyone setting up everyone else, a filmmic farce exposing the real federal farce.

Everyone ought to watch that.

Where's the button for the list of films you accidentally rented?

My finger is getting tired. My mum would be lost. I'm trained. I see the routes, the buttons, the way through the mazes.

I feel manipulated and trapped, spied upon and taxed but finally!

"The day shall come"

It's fucking Chris Morris! 2019 I can't believe I didn't know it existed until now.

Amazon dark-pattern just got me.

They said that watching "The Day Shall Come" would be two fifty. Two fifty.

Do I want it three fifty instead?

I say "No, I might not even put on my glasses, i'll probably mostly be looking at my phone, I don't care about the HD, just tell me about the two fifty."

It'll probably be good though...

Nina Paley @nina@neenster.org
What's the most gruesome chapter of the Book of Revelation? Could it be chapter 14? Decide for yourself at https://apocalypseanimated.com/revelation-14/ which I just finished with 17 new animated gifs, including this vertical diptych.
1
Adam Dalliance boosted
Jan 12, 2022, 15:43

Pfeffel. Like #Wordle but it always lies to you: https://conniptions.org/pfeffel/

Seems that the Spanish secret police were behind the "jihadi" attack on Spain in 2017.

Celine's first law: "National Security is the chief cause of national insecurity"

I would be in favour of just shutting down the intelligence services. Not just the one in Spain.

Boris reckons he was at the event, but he didn't realize it was a party.

My 'shop for #b3ta 's "Modernize the movies" compo this week: The #Hangover.

Come on. Leave Boris alone! We've all gotten so drunk at the warm-up that we don't remember if we even went to the party or not in the end.

Instead of getting rid of waste-water how I usually like, my sinks are mixing it with filth and putting it in the bath.

I suspect that the cards are right: There is #bureaucracy and a #plumber in my future. 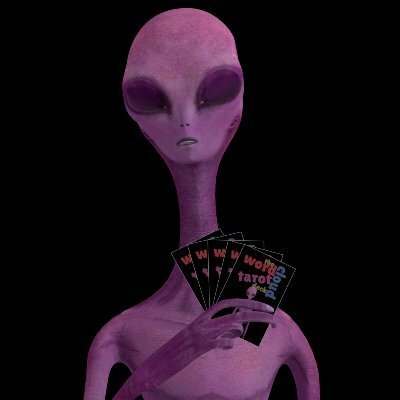 Happy new year! This week, my drains stopped draining and started filling the bath with stinky brown water instead. What a calamity! Will I need to call a plumber tomorrow? What ever will become of me?

I did a #tarot reading to find out.

A web0 would be really putting the power back in the hands of the users, not taking it from one corporate master to another blockchain master.

How to turn off the annoying web-search in the windows11 task-bar:

Name the dword as "BingSearchEnabled" and set it's value to zero.

Tada: Now you can use the windows key to type the name of the app you'd like to run without the clutter and delay of pointless web-searches, and without MS getting send the details of every app you run, and without accidentally launching Edge whenever you click the wrong thing in that useless pile of search results. 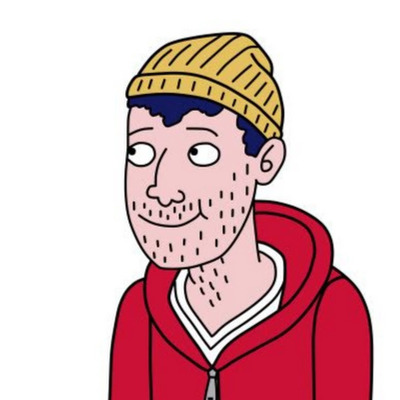 prplecake @matthew@jrgnsn.social
Geese are cool. I've had only one run in with a goose that wanted to taste my blood but I emerged unscathed!
1
Jan 08, 2022, 14:19

There are many centralizing forces already in the space and the idea that an digital receipt magically associated with an image could be worth money is absurd.

But if you use Metamask a little bit you notice that everyone who has an Ethereum wallet has an identity that they can use to log into all compatible websites. One that isn't owned by Google or Facebook or the even Ethereum Foundation. One that the user generates and controls.

One that is is many ways better than that provided by their email-provider, or their telephone-number-provider, or Facebook-login or whatever else we are mostly using.

What I'd hope web3 really addresses is *identity*, because the current system is awful.

It's badly encrypted, it's badly administered, its' surveilled and it's owned by megacorp and government.

The identity's owner is powerless against the bureaucracy.

Some kinda public key should be your identity really. Portable between sites, generated at the click of a button, and entirely under user control. Unconfiscate-able.

Well, other than stealing private keys of course, I mean Facebook can't take it not that you can't lose it.

I have hoped something like Berners-Lee's "solid" ( https://inrupt.com/solid ), and owning your own data might be better than putting it on a blockchain though.

But like Moxie said. Nobody wants to run their own server and you can't stop a gold-rush.

It's a new year! Time for the first digest of 2022, mostly mentioning things I did/posted/watched/read in the last month of 2021.

On its way to the beautiful amazing subscribers now. You could be one! It's easy and free!

This month featuring mostly frustration at the government and media's tendency to focus on trivia instead.

Reading Johan Hari's article on his book on reduction of attention span and lack of flow states in modern life.

It's good, though I remain unconvinced of the idea that there was some period of human history where everyone was focused and flowing and happy and attention deficit was unusual. Seems more likely humans have always struggled to concentrate or think for long periods. These things have always been difficult and required training and practice.

Peak book-reading before the internet, with fewer fun distractions, was probably pretty good for training people to be better at it though.

Presumably they're being fired from the street and reflected in the windows rather than being actually let off in my neighbours flat at it appears.