Labour doing all they can to make sure we get as many Conservative MPs as possible. As usual.

I hear some people are saying "Lets go Brandon" as some kind of code for disapproval of the president of the United States of America.

People getting banned for it they reckon.

Why not just say "Fuck Bomber Biden the murderous cunt and his whole censorious idiot party" instead?

Also: fuck trump and his murderous party too, obviously.

Spurious precision there I think.

Surprising move, presumably signaling more desperation as they try and shore up and prevent the digital exodus.

Still, good news I reckon. Unless it works and actually does prevent the digital exodus.

I done one of them pumpkin carving things. Don't recall doing one before but that's as likely my crappy memory as not.

Was good fun to go out see some folks.

Nice one Blender. Excellent work. We are blessed indeed to have the #b3b blender foundation and blender studios making #open #cartoons and #movies.

Scary this time too, little monsters.

And my actual VR app and dev system are working. Embarrassingly enough still in the 2018 version of Unity but I can't be dealing with upgrading that too this week.

My new computer is complete. I may resume work.

Steam and VR went onto Win11 without any mentionable issues at all. Much smoother than in Debian or a few years ago when I last did it in Win10.

My new computer is powerful enough to do something my old computer couldn't: Play the VR system and also at the same time run a MAME rom to emulate the arcade machine I'm playing in VR. I mean the old machine could do space-invaders, but it started dropping frames when trying to play Outrun. "But that leaves many people pretty surprised to find out that I have been pretty actively arguing against every single metaverse effort that we have tried to spin up internally in the company, from even pre-acquisition times," Carmack says. "I want it to exist, but I have pretty good reasons to believe that setting out to build the metaverse is not actually the best way to wind up with the metaverse." Carmack then called the metaverse "a honeypot trap for architecture astronauts," explaining that architecture astronauts is his "chidingly pejorative term for a class of programmers or designers who only want to talk about things from the highest level." [...] my worry is that we could spend years and thousands of people possibly, and wind up with things that didn't contribute all that much to the ways people are actually using the devices and hardware today."

They all work as well, (sometimes better) on Debian/Gnu/Linux, and most are install able by just passing their name to "apt".

Does most of that and more.

Some have a dark theme on these days too!

Mostly they're free software, some of which I support by donation, and none of them try and make me feel like a criminal to extort 200 quid or apparently maliciously spy on me.

Blender literally says "You are breathtaking! ❤ Blender is now yours to keep. Forever." while Microsoft is all like "You are a criminal unless you give us 200 pounds. Psst, if you can't afford it, see the man in a trenchcoat there who we sold a giga-licence to on the cheap".

That's the basic set to make the computer operate, but really you're gonna want level two as well to do any actual work.

Transitioning to the former, which seems nicer in many ways. But i still have many xcf files and Gimp habits and very little Krita practice so far. Will have both for a long while yet.

I don't do a lot of that though really. Probably won't come up at all in Windows

Blender is my favorite tool after Vim, if you want to edit something that isn't a text file then Blender is the first best bet. Mostly 3d-models and video and image compositing but so much more.

It's been bought, and maybe getting more corporate/spy-y?

Which arguably might lead to better support and faster development

But it's open and there's a fork: Tenacity.

Tenacity haven't done an actual non-test release yet though so think about that later, they sound busy and excited though.

It's far more than just a wav-mixer like Audacity is. For making tunes not just touching up a quick wave.

Though I don't do a huge amount of that, and what I do do I do in Debian anyway. So doubt I'll have to install it on Win.

On a new windows 11 machine, I have installed:

I live on the internet, I flit from server to server asking "whoami" often to remember what machine I'm even operating.

I need these tools to operate a computer as a part of the network. It's how you move files between machines, it's how one machine controls another, it's the keys to admin life.

On windows, the git package installs a "git-bash", which is like a one-arm-tied-behind-your-back version of a proper Bash terminal but you can use it well enough to escape to a shell on a server with a real Gnu system and it'll run git and vim.

Also great for sending copy/pastia between phones and other machines.

Groups and chats that want a permanent record are better not in private-messenger Signal.

Plus many folks still not on Signal.

With all the plugins as up-thread for defensive browsing.

Also no-doubt Chrome when I have to investigate some bug that only shows in Chrome.

Decide today how piratey you want to be!

For zero dollars you can be completely piratey and download a hack to avoid a licence key.

For ten dollars you can be fairly swashbuckling and buy a stolen licence key from someone who'll never know they lost it.

For thirty dollars you can be a crown-licenced privateer and buy second-hand bankruptcy windows licence stock.

For a hundred dollars you can be barely piratey at all and buy a student licence.

Or for two hundred you can be the full sucker not-pirate-at-all price what-are-you-a-lawyer price?

Is that how it works?

So, #Microsoft want more than 200 quid for a #windows11 license key from their website, but if you buy one from some re-seller they're more like 30 quid?

And they are available at a range of prices where the price seems to match the varying degrees of apparent dogyness of the site.

Presumably some of them are so dodgy they just won't work?

Is there a line where it becomes pirate? How much is it at that line and why can't I buy it at that price from MS directly?

Windows is so confusing. 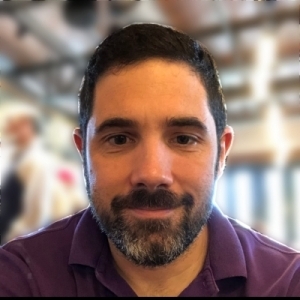 TFW a corporate hellscape fiction author has to deny he has anything to do with a corporation modeling a hellscape on the book he wrote...

Never did like that smiling lass in the middle of that magnificent landscape.

I tell you what though, this #photograph #editing tool at cleanup.pictures is an amazing thing.

I definitely went overboard with this one though. Too far

Unity Hub is a tarball with an AppImage inside it.

But don't be tempted to just run the AppImage! That won't work. You have to run the install script that's also in the tar-ball.

Then it'll register Unity with xdg-open so that when the browser has a unityhub:// URL it'll know to feed it into the Unity app, and you need that for login to work.

When you do it properly though you'll be able to log in and download the latest 2021 Unity3d editor. Remember to "settings" on it and select build-targets for Windows and Linux.

Make an empty project, add Valve/Steam's "SteamVRplugin", do the faffing to create input handlers, and running the demo-scene we get...

It runs, but the headset does nothing and error on the console:
> DllNotFoundException: XRSDKOpenVR assembly

To judge by the conversation on the bug-trackers this is unsoveable. SteamVR/Unity support on Linux has gone backwards since I last tried and now won't run at all.

Unity3d is also kinda ill-fitting to it's frame and doesn't quite fit it's own window. Presumably not really liking XFCE.

I'd forgotten how great Alyx is. Just that first scene alone would be an amazing piece of art.

All the VR parts of the "play windows games anyway even though they're not supported" thing isn't working by the look of it. So not gonna get Pistol Whip, nor New Retro Arcade. Shame. Emulating an Outrun machine in VR was too much for the old Windows box. Would have been nice to see if it worked better.

I thought DoomVR worked in Linux last time I tried it? Not now anyway.